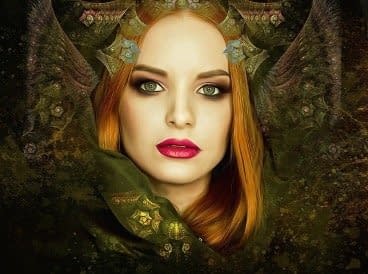 A brutal undersea city emerges into a magical Eden 17000 years after interplanetary war. Novice dragon witch Caia Esvane must unite her people, in this first novel of a gripping fantasy trilogy. 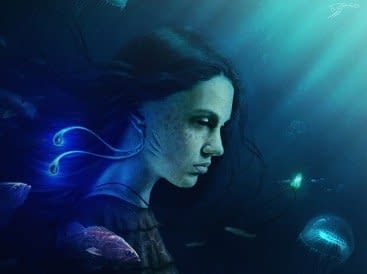 A second survival city emerges, but life in Rax is adapted to the ocean, and land is the enemy. Caia also faces new danger from across the galaxy as invasion threatens and treachery is rife.

14 years later, the second interplanetary war is underway. 21-year-old dragon witch Leah Esvane has the gift to save her people by altering history. But if she succeeds, then she will no longer exist.

John Frank Marshall is a prolific new writer with the John Jarrold Literary Agency. He lives in a Hampshire village with his wife Sarah, and has three children and two horses. Read about his latest Sci Fi novels below…

City 5 is a totalitarian nightmare, hungry for natural resources. Only novice dragon witch Caia Esvane can save her magical forest and people from the rapacious city. Falling in love with Cityman and outcast Lucas Venn leaves Caia with an impossible choice.

However, the planet Eco holds many secrets, and City 5 isn’t the only survival city to emerge. In the last of the three Sci Fi novels, a second invasion arrives from across the galaxy. Caia’s feisty daughter Leah Esvane must travel back in time to change history, but at a terrible risk.

New Messiah is a dystopian urban fantasy set in a world fighting over shrinking natural resources. Messiah Axel Cain comes from Isoland – a vast expanse of darkness, desert, storms and suffering. Isoland was created for research by biotech industries and is ruled by oligarch Maxim Vorn. Axel falls for Heidi Vorn, Maxim’s daughter, and is imprisoned and tortured in order to break him, but Axel escapes and goes in search of Heidi.

His magical gifts soon amass a following around the world. Sinister forces want to silence the new Messiah. Heidi is determined to save him, whatever the cost.

The breath-taking climax is set in the burning Amazon, where Axel must choose between saving the planet or the woman he loves.

Tepesch Drakul wants a future for his race. Slayer Finn Angmon must stop him. There's a catch - they love the same woman.

A research ship awakens the monstrous Vadhul Drakul. He's soon waging war on humanity and his own family can't stop him.

Angelov Drakul arrives on homeworld Vasudha to reclaim the throne. When Finn arrives, things get a lot more complicated

22 years later, the Carbon Institute is changing the world. And it's trying to open a portal to Vasudha, home of the Vampyra.

Tepesch Drakul awakens to discover a new world. The last of his kind, he's soon creating havoc as the old order restores.

The Cazash Tree has overrun London and time is over for Earth. When mage Myrddin Wyllt resurrects, an ancient magic awakens.