Influenced by the work of authors such as Paolo Bacigalupi and N K Jemisin, Second Dawn is the sequel to Emergence, an epic fantasy about love and war, following the emergence of an undersea city supporting the remnants of an industrialised, authoritarian and callous society into an Eden where magic is real, and peoples have adapted to a post-apocalyptic world.

City 5 was the first survival colony to emerge on land following an interplanetary war fought 17,000 years earlier (see Emergence). The ensuing conflict left Dragonwitch Caia Esvane with a fragmented society facing climate change and shrinking resources. Estranged queen Hedra Darke has now returned to reclaim her city, supported by the mysterious People of White[1], a relic of the original invasion. The dead city has become overrun with Feelers, the blind inhabitants of the lower levels. To regain control and rebuild her empire, Hedra will do whatever it takes – including the murder of Caia Esvane’s husband and taking Leah, Caia’s seven-year-old daughter as hostage.

Whilst Hedra plots to regain her kingdom, a second city emerges. Originally City 3, the inhabitants of Rax are no longer human. Having discovered the alien DNA woven into the fabric of their city, the Raxers have sought to emulate the Invaders from whom they were hiding, and the city has been adapted for war. The society is more extreme than City 5, modelled on the huge ant colonies used to power Rax’s Artificial Intelligence. Unlike City 5, there are no visible dissenters – this is a civilisation with one mind and one purpose, but the single mind is also their weakness because they have never questioned or doubted.

Faced with the new threat, Hedra Darke must find a way to revive City 5, but she has underestimated Caia Esvane and the power of Eco. As the cities begin their battle, Leah mind-joins with her mother to overcome Rax. City 5 has learned and has grown stronger than ever. Only when Hedra believes she has finally won the battle for Eco, do the People of White reveal their true purpose, to send a signal into Deep Space, and someone replies. The second novel ends with Leah remaining with Hedra Darke as they prepare for invasion, and Caia mourns.

Following the war with City 5, society has become fragmented and resources are becoming scarcer. Many of the Drones freed from the city have agreed to adapt to the ways of the Rift. The surviving Lawkeepers have sought refuge in the Outlands and some have formed alliances with Outlanders, raiding the villages of the Rift for food. The Feelers, blind inhabitants of the lowest levels of the city have returned and are busy adapting the city to their needs.

Caia Esvane rules over an uneasy truce as the Northern ice moves southwards and resources dwindle. She and partner Lucas Venn have a seven-year-old daughter, Leah, who already shows signs of her mother’s powers. Caia is once more with child, and partner Lucas wants to move south and find new lands, but Caia senses new danger and will not leave her people.

Caia’s brother Darius, unofficial leader of the Outlanders, is struggling to keep the tribes united and is being challenged by the Lawkeepers and their new leader. He has given his allegiance to Caia, but the approaching ice is changing the Outlands and his people are facing starvation unless they leave.

The People of White are growing fewer in number as each millennium passes. Originating from a world of ice, they have been able to move southwards as Eco cools, seeking a way into City 5 through Hedra Darke. Only they know the secrets of the city and how it was brought to life, and the original purpose – to signal the return of a habitable world to the ones that brought them.

Hedra Darke, former ruler of City 5 is finally ageing, deprived of the rejuvenation process enjoyed by Royals. She makes a deal with the mysterious People of White – she will help take back the City in return for her youth but this time, war is not the answer. Hedra will use the power of ice to turn the peoples against each other and to regain control.

Hedra seeks the help of Jan Riding, Head Psyche of City 5, and starts to recruit Lawkeepers and others faithful to the cause, using the mimicking skills of the People of White and amplified by the Magda Stones[2]. She must find a way to re-enter City 5 through a deal with the Feeler King, but he is only interested in one thing – the head of ex-gladiator Lucas Venn.

Gladiator Nivalus is a survivor from the city. She finds her way to Hedra, summoned by the People of White. It will take one gladiator to kill another, but Hedra’s ultimate objective is to capture Leah and take her into City 5. Caia is capable of destroying the city, but she will not endanger her child.

Unlike City 5, the inhabitants of Rax (formerly City 3) are now part-human, part-alien. They have inherited the single-minded objectives of their city and are no more than an extension of it. Adapted to aquatic life, the Rax queen views all her subjects as her children and their culture is egalitarian, devoted to safeguarding the seas. The land is seen as a threat.

At first, raiding parties attack villages and take people away to study them, making use of Rax’s bio-engineering. The first to be attacked at three ex-waste disposal drones from City 7, struggling to survive in the new world. Dil Crowne is taken, but unlikely antihero Hath Ban and Tourette’s sufferer Octo escape to the Outlands and are drawn into an impending war, where land-ships sailed by an army of centurions and deserters seek to take control of the Rift and its resources. Dil is trapped in Rax, unable to warn about the impending threat. Hath and Octo both dream about Dil. They decide to rescue him.

Hath and Octo steal a land-ship and sail towards where their friend Dil vanished. With their help, Dil manages to escape from Rax and tries to warn the people.

Even Caia agrees to the revival of City 5 as attempts to communicate with Rax all fail. The city emerges and makes its intentions clear as Hedra Darke makes her move and abducts Leah, and Lucas Venn is fatally wounded.

City 5 is under attack and unable to disable Rax. Caia combines her power with Leah, summoning Eco to defend itself. The resulting earthquake and tidal wave leaves Rax helpless and the queen is killed. Hedra remains in control of City 5 with the People of White. Leah decides she will remain with Hedra and Caia is left alone.

Hedra Darke rules a broken city, controlled for her by the People of White and most of the Feelers have been driven out. Some of the original survivors have returned to serve her and the old civilisation is rebuilding and extending its influence, as climate change threatens the old way of life.

Lucas Venn is dead, but Caia has grown in power and influence. Her daughter is a young woman, as gifted as Caia but not Dragonwitch. She controls the earth and summoned the quake, and has taken to life in the city whilst Caia remains in the Rift.

Hedra Darke believes that there will be no more war, but she is wrong. A new interplanetary invasion is on the way, and she will have to fight with the others to save the planet. This time, City 5 will be obliterated, and only the technology of the past will offer any chance of survival.

Over the millennia, the society of Rax has sought to change itself, exploiting the alien DNA incorporated into the biomechanics of their city. Within City 5, only the blind Feelers have done this, using it to make themselves invisible to the city. As a result, the Raxans have an affinity for the Feeler people, seeing them as part of the colony.

Similar to City 5, Rax is strongly hierarchic, with an all-powerful queen, but there are no rival dynasties. As long as the queen rules, there can be no other ruling family. Rax has taken to an extreme what City 5 began. At one time, there were many similarities – Drones, Lawkeepers, Investigators, with similar values. But Rax allowed evolution to continue, seeking extremes. There is no rejuvenation on Rax and the lifecycle for workers and military is short, but the queen persists.

[1] Called the People of White, they are a mystical race of snow-white giants, once serving as navigators to the warlike invaders. Unable to procreate, they are declining in number as they seek a way home

[2] Comms devices used by the People of White, scattered across the lands during the first invasion 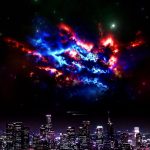