Axel is 17 at the start of the novel New Messiah. Born in Isoland, he manifests the ancient powers of his ancestral Dineh (Navajo) people. Verging on autistic as a child, Axel is aware of other beings living alongside his own kind. Suspected of mental illness, Axel’s parents eventually realise these are their tribal ancestors, and Axel is acting as some kind of conduit. At the age of seven, Axel begins to speak of his dreams. His voice and his words are magical, catching listeners in their spell. His visions speak of a different world based on equality and love, not just between people but of all creatures. He speaks with the voice of Gaia, the embodiment of the biosphere. And Gaia will be merciless to protect her children.

Axel has seen terrible things in his short life, including many deaths. He brings comfort to the dying, but each adds to his burden. One voice always dominates the others, telling Axel what he must do, but the mission to save the Earth seems impossible.

Mother to Axel, Wakiza and 9-year-old Nitika, Aiyana has raised her children to survive, but has struggled to protect them from her hatred for Maxim Vorn and his kind. Aiyana is a strong woman who will do anything for her children, often saying, ‘whatever it takes’. As a result, Axel is largely raised by his teacher and shaman Tehya.

Cynical older brother to Axel, Wakiza has always resented him and disagrees entirely with Axel’s teachings. He is a member of an underground movement, but fighting back leads to his capture and the deaths of his parents.

9-year-old sister to Axel, Nitika loves him dearly but like her parents, finds it hard to entirely believe what he tells them. One of the key influences in Axel’s life, she dies during the taking of Axel, for which he blames himself and seeks redemption.

Axel’s terminally ill father Ahiga has secretly supported Wakiza and admires him. Equally, he fails to understand Axel, rejecting him even at the end. Ahiga’s name means ‘hi fights’, and Ahiga was a great warrior, able to teach his children the twelve great Sequences, a meditative form of martial art. Only a shaman can master Sequence 13. Only the spirits can perform the last two Sequences but Axel masters them all.

After several culls, the Isolanders have developed a certain level of immunity but sickness is rife. The inhabitants have dark skin and dark eyes. Isolanders also possess ancient skills and powers that manifest strongly in the new Messiah. They refer to the world beyond the wall simply as ‘the Outside’. Some even choose to believe that it doesn’t exist at all. However, some villages have acquired internet access, provided by disruptive influences. This has been used to recruit rebels to a false cause, and weapons have also arrived from across the wall with the help of hostile AI. Axel’s brother Wakiza is one of the rebels. E-Fed is behind the incursion, seeking to disrupt AmRus.

The Vorns have an embedded belief that their people will rule the Earth, but see this as an ultimate goal that may take generations. Therefore, serving the Brights (as unwritten superiors in the Cabal) is seen as a stepping stone. The Vorns and the Brights are linked by the marriage of Sirena Bright to Maxim Vorn. Maxim wants his daughter Heidi to marry her cousin Drew Bright, to strengthen the bonds.

Sent to military school at the age of seven, 51-year-old Maxim is a typical product of AmRus. He saw little of his parents before then, although he was belt-whipped by his father Rosco more than once for crying. He was a sensitive child, and never forgave his parents for sending him away. Military School gave him acceptance of hierarchy and faith in rules, and these would become his future weaknesses. Maxim made his first kill at the age of 16, taking part in an execution. The experience made Maxim decide his future was on Earth. Despite his methods, Maxim wants the best for all people, and he knows that there has to be a change. Just not yet. Ultimately, Maxim will see the light, and finds redemption before his death.

Heidi was the first in her family not to go to Military School. She was born and raised in Isoland, and had private tuition from the Vorn Magus Patricia Tollen (known affectionately as Cat because of her unusual ears). Heidi has also been schooled by Maxim, who wants her to succeed him and instils in her the Vorn family values – Service is All, Greatness Must be Fought For, and Do Whatever It Takes. These values formed the bedtime prayer and dictates for the young Heidi, but she is determined not to follow them.

Heidi’s twin sister Theresa (Tessie) died aged 7, succumbing to one of the many E-Fed variants. Her death had a profound impact on Heidi and her father. Maxim once said that the wrong twin died, because Tessie was so much more like her father. This one comment drove a wedge between them forever. Tessie is resurrected as an Artificial Intelligence by Maxim, but she is highly adaptive, and finds a way to merge with living systems. Tessie is envious of her sister.

Originally Sirena Bright, Maxim’s wife secretly longs for a different life where she is loved. Living with Maxim and the demands of AmRus has taught her to be secretive and deceptive, but she finds solace in the Paradise Garden where she can read romantic novels and dream. As committed to power as her husband, Sirena is disappointed in Heidi for her weaknesses. Sirena prepared well for office – military school, followed by training in diplomacy and espionage. She never says what she thinks and her actions are often a surprise.

105-year-old father to Maxim, Rosco chairs the Cabal and wants to retain control, denying his son. He has seen immense changes in his lifetime, also orchestrating and responsible for global falsehoods, causing misery to untold millions of people. Rosco is a cruel, intolerant person and a poor role model – therefore worshipped by Maxim. However, Rosco will die under strange circumstances, triggering a power struggle.

Once an influential and brilliant psychiatrist, 83-year-old Patricia Tollen was imprisoned for telling the truth about global warming. Her climatologist husband John died following prolonged torture at the behest of Rosco Vorn. Fluent in several languages, Cat responded well to reprogramming, and was eventually sent to Isoland. Heidi befriended Cat and asked if she could be her teacher. Sirena saw value in the idea and so Cat became a member of the household, but always as a servant. Named Cat because of her finely tuned senses, she enjoys a secret relationship with Heidi, teaching her to be independent of thought.

Maxim assigns Cat to Axel Cain, wanting to know if the visions and voices are real or a psychosis. She confirms Axel’s gift is genuine and agrees to help break the Messiah so he will serve Maxim. When she falls under Axel’s spell and refuses to help Maxim further, he looses control and beats her to death.

Father to Drew and Amica, 80-year-old Walther is imperious and intolerant. Walther has known Maxim from childhood, both attending the same privileged school and then military academy. Their relationship is based on mutual admiration and rivalry.

Even at the age of 26, Amica has decided that a woman should lead the ruling class, and that nothing can be allowed to stop her. In doing so, Amica is a mirror-image of her father Walther. Amica is a beautiful psychopath, dangerously jealous of her brother Drew. When she discovers that her father created her using Biotech following the death of her mother, Amica murders Walther and goes in search of Axel.

Drew (28) does not live up to his family name, being neither bright nor ambitious. He is more interested in self-indulgence. He is clearly favoured by Maxim, who agrees to his marriage to Heidi, thus uniting the two great dynasties to ultimately rule all people. Drew does love Heidi in his own way, but it is a shallow affection based on physical attraction.

A new disruptive force emerges in the shape of a new Internet channel, TheTruth. Exploiting revolutionary quantum hyper-chaos tech, TheTruth is able to piggy-back on existing networks to reach a global audience. TheTruth bases its blueprint for global survival on a book written a century earlier – Small is Beautiful – a Study of Economics as if People Mattered, written by E. F. Schumacher. Trillionaire Adam Jovas is the driving force behind it, in his quest to replace the giant federations with a new structure. Adam is very old and has seen many things in his time, and he does not wholly believe in Schumacher’s ideas. There still has to be a global power structure, and he wants to run it. Adam persuades Heidi to work for his publishing empire, where she meets his son Thomas. Ultimately, Adam tries to take control of Axel Cain, and discovers where the real power lies. 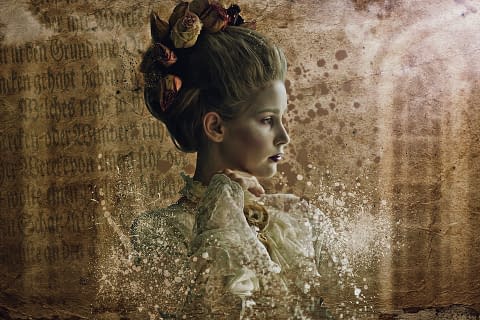 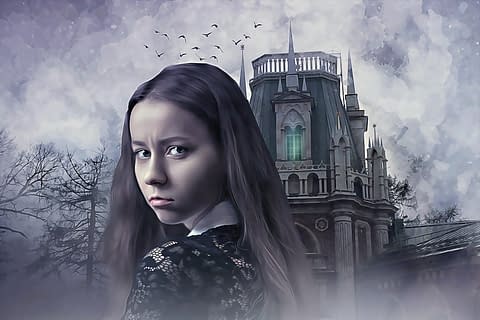